Since the 9/11 attack on the World Trade Centre in New York, western media have consistently questioned whether being Muslim sits well with the ideals of democratic citizenship. Young Muslim males are often demonised as potential terrorists and female Muslims are singled out for critique for their dress. In France, for example, veiled Muslim women are often vilified for the explicit demonstration of their religion and failing to embrace “secular”, “republican” values. Such exclusionary practices risk alienating young Muslims.

We had discussions with separate groups of young males and females in higher education and senior high school. What they told us about their experiences suggests that the curriculum should be reformed to address gender and religious biases. This would mean not only changing the content of what’s taught but also how gender is enacted in the classroom.

Ghana has been a republican secular democracy since gaining independence from Britain in 1957. Following periods of instability and military rule, democratic government has prevailed over several successive political rotations. Following missionary activity during colonial times, most Ghanaians in the south are Christian. Islam is the dominant religion in the north.

Largely because of colonial expansion of commerce and western education in coastal regions, poverty levels have been consistently higher in the north than the south, and education outcomes are lower. The Muslim population in the south is complex. It derives largely from migration, including Ahmadi Muslims who came to Ghana during colonial times, and conversions to Islam.

Overall, although Ghana has not been affected by religious conflict, the ways youth from the Muslim minority relate to their nation is an important question, particularly given the involvement of Islamic militants in kidnapping and violence in other African nation-states.

Read more: Why we did it: the Kenyan women and girls who joined Al-Shabaab

The young women in our research told us they were proud of Ghana’s record as a peaceful, democratic country and were strongly committed to their nationality as Ghanaians. Strikingly, however, their depictions of the ideal Ghanaian woman and man were strongly gendered. Almost all their national heroes were male icons in the public domain, whereas the ideal Ghanaian woman was described as “taking care of the house, the kids and other family matters”.

When outside the family, women’s propriety was under constant scrutiny, particularly for the ways they dressed:

…an ideal national woman, you will not see a Ghanaian, a ‘proper’ Ghanaian going to a meeting and she is in mini skirt … it shows her dignity, like it shows your respect, once they see you like that they say, ‘Oh, which country are you coming from?’ And you say ‘Ghana’. You are bringing respect to the nation.

Such judgements reflect traces of colonialism. Women’s dress was an important marker of the success of Britain’s “civilising mission” and integral to Ghana’s post-colonial “anti-nudity” campaigns.

Importantly, Islamic dress clearly sat outside Ghana’s westernised ideals of dressing. Participants discussed how wearing the veil could mark them as “weird”. Alongside objections to their dress, their religious practices such as praying had also been prohibited or obstructed in both schools and workplaces.

While the young women were strongly committed to their identities as Muslims and Ghanaians, they also reported being confronted with negative stereotypes that associated Islam with violence. This left them feeling judged and belittled:

“They (non-Muslims) think that we are violent and they see us as trouble makers, always causing problems. Even though it is not like that, that is how they see us.”

At the same time, senses of “otherness” and marginalisation were apparent not only between Christians and Muslims, but between those from different Muslim communities. This was especially the case for young women from the Ahmadi communities and those who had converted – both were regarded as not being “proper” Muslims.

Overall, despite Ghana’s commitment to republican democracy, young Muslim women in this research did not always feel valued as Ghanaian citizens. From their stories, some had experienced marginalisation and exclusions in schools and workplaces, as well as within Ghana’s different Muslim communities.

Our research shows there’s more to Muslim youth than the stereotypical depictions. Given the importance of schooling in the production of national identities, curricula and educational practices should take account of this.

More qualitative research is also needed into the intersections of nation, religion, ethnicity, gender and education in different contexts of Ghana. It is important to explore the voices of youth in Muslim-majority contexts in the north, and in the Muslim communities known as “zongos” in urban contexts of Ghana. 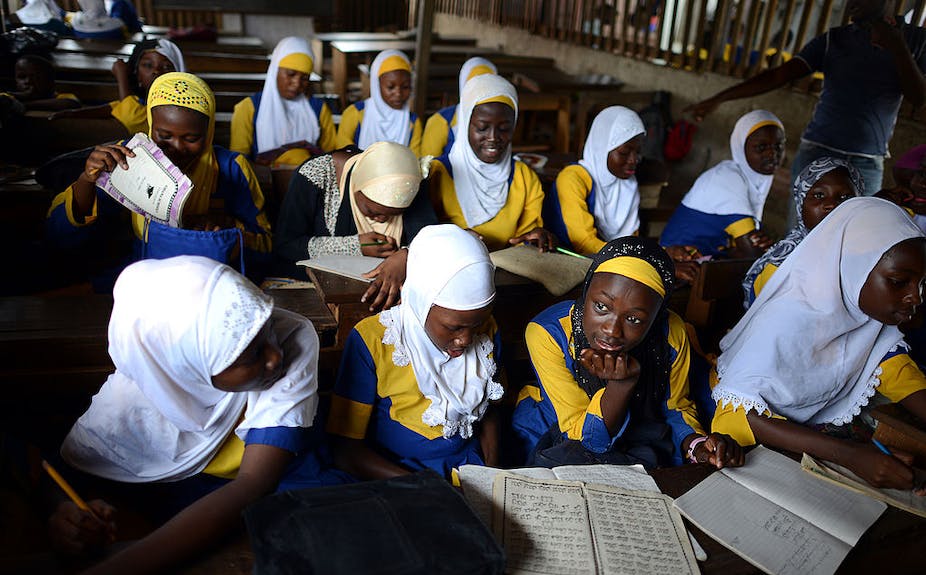 This article comes from the Internet and does not representwhats my zodiak signPosition, please indicate the source for reprinting：http://www.myaroo.com/18/1432.html
3like
Label:29 march horoscope