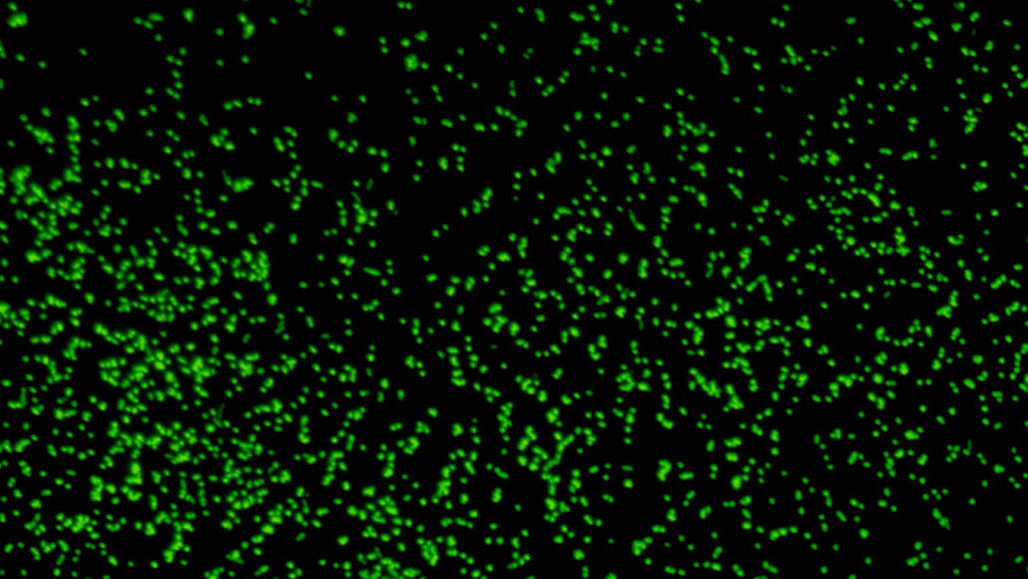 Some bacteria give new meaning to the word old. After sleeping many, many, many years beneath the seafloor, scientists woke them up. How long had they been resting? Try more than 100 million years! No surprise, these cells were really ready for breakfast.

Scientists have pondered how long energy-starved seafloor microbes might survive. There certainly had been signs it could be a million years or more. Some researchers now just got a chance to test that. They collected sediments dating back 13 million to nearly 102 million years. Nearly all of the microbes inside these samples were dormant. They appeared to be resting quietly.

Just like Sleeping Beauty, they were waiting to be wakened. And it was done not with the kiss of a prince but with a breakfast feast. Offered food,even the oldest of these microbes woke back up and began reproducing.

When the food truck finally arrives, they’ll perk up, growing and multiplying.

These microbes had been living beneath a vast, flat, sediment-covered plain. It’s essentially an ocean desert 3,700 to 5,700 meters (2.3 to 3.5 miles) beneath the sea surface.

Yuki Morono is a microbiologist. He works for the Japan Agency for Marine-Earth Science and Technology in Kochi. Morono and his team worked with sediments collected in 2010. They came from beneath the South Pacific Gyre. Earth’s oceans host five major gyres; each is a large region of rotating ocean currents. The newfound deep-sea microbes came from under a Pacific gyre south of the equator.

Waters in the gyre contain few nutrients. So the phytoplankton that can feed a cascade of ocean life don’t bloom here. The result: Almost no organic matter — food — filters down through the water. That leaves the ocean floor below a nutrient desert.

Any organisms here will not be happy campers. “Microbes that are unfortunate enough to find themselves there are destined to starve for a long, long time,” noted Craig Moyer, back in 2015. Moyer is a biologist at Western Washington University in Bellingham. There he specializes in the ecology of ocean microbes.

The extremely slow collection of organic material and other sediments below a gyre does allow oxygen in the water to seep deep into the sediment. Morono and his colleagues wondered if this oxygen might allow aerobic, or oxygen-loving, microbes in the sediment to hang on, waiting for their next meal.

To find out, they “fed” carbon, nitrogen and more — fertilizers, really — to the microbes in these sediments.

The aerobic microbes turned out to be a highly diverse group. They were mostly different bacteria from a few large groups. Among these groups were alpha and gamma proteobacteria (PRO-tee-oh-bak-TEER-ee-uh). Those family names may sound odd, but their members include some commonly known types. Among them are enterobacteria (of which E. coli and Salmonella are members) and the Vibrio bacteria that have gained renown for causing shellfish poisonings.

And not just microbes from the youngest sediments woke up and became active. Even in the sample with the most elderly microbes — ones some 101.5 million years old — feeding revived up to 99.1 percent of them.

This article comes from the Internet and does not representwhats my zodiak signPosition, please indicate the source for reprinting：http://www.myaroo.com/18/1422.html
11like
Label:february 23 astrological sign