Summary: Study reveals women who gave birth to girls had higher levels of cortisol in hair samples in the weeks before and at the point of conception.

A study carried out by scientists from the University of Granada (UGR) has revealed that women who experience stress both before becoming pregnant and during conception are almost twice as likely to have a girl as a boy.

Researchers from the Mind, Brain and Behaviour Research Centre (CIMCYC), the Department of Pharmacology (Faculty of Pharmacy), and the Faculty of Psychology have analysed the levels of cortisol (a steroid hormone that is released in response to stress) in the hair of pregnant women in the period spanning from before conception to week 9 of pregnancy, to determine whether there was any link with the sex of the baby.

A total of 108 women were monitored from the first weeks of pregnancy through to delivery, to record their stress levels before, during, and after conception via the concentration of cortisol in their hair and various psychological tests.

The measurement of cortisol in hair samples taken approximately in week 8-10 of pregnancy showed the concentration of cortisol in the pregnant woman for the previous three months (one month per centimetre of hair growth), meaning that it covered the period preceding and after conception. Subsequently, the UGR scientists recorded different variables relating to the birth and the sex of the baby.

María Isabel Peralta Ramírez, the main author of this work and researcher at the UGR’s Department of Personality, Evaluation and Psychological Treatment explains: “The results we found were surprising, as they showed that the women who had given birth to girls presented higher concentrations of hair cortisol in the weeks before, during, and after the point of conception than those who had boys.” In fact, these cortisol concentrations in the hair of mothers who subsequently had girls were almost double those who had boys.

There is ample scientific evidence demonstrating the impact of stress on the mother in the processes of pregnancy, birth, and even infant neurodevelopment.

“Specifically, our research group has shown in numerous publications how psychological stress in the mother generates a greater number of psychopathological symptoms during pregnancy, postpartum depression, a greater likelihood of assisted delivery, an increase in the time taken for lactation to commence (lactogenesis), or inferior neurodevelopment of the baby six months after birth,” says Peralta.

All of the existing research tells us about the effect of stress when pregnancy has already occurred. However, few studies have shown the link between stress and the mother-to-be before or during the conception of the baby, the present study being a rare exception.

The findings were recently published in the prestigiousJournal of Developmental Origins of Health and Disease.

One possible explanation for the results would be that the activation of the “stress system”–the hypothalamus-pituitary-adrenal gland system–which involves an increase in cortisol secretion, modifies the concentrations of sex hormones at the time of conception. 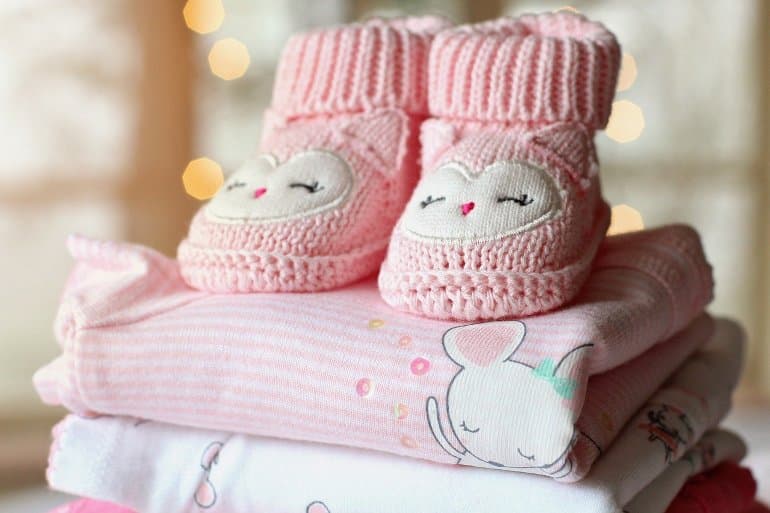 There is ample scientific evidence demonstrating the impact of stress on the mother in the processes of pregnancy, birth, and even infant neurodevelopment. Image is in the public domain

“There are other possible hypotheses that attempt to explain this phenomenon. Among the strongest theories is the idea that there are more terminations of male foetuses on medical grounds during the first weeks of gestation in situations of severe maternal stress. That said, in light of the design of these studies, it is recommended that the results are corroborated in greater depth,” observes Peralta.

The effect of stress on the foetus

What does appear to be clear– and this has been shown in several studies–is that foetuses are vulnerable to the effect of stress, since it plays a key role in their development. An example of this is the proven fact that male (XY) foetuses mature more slowly than female (XX) foetuses; they tend to be associated with more complications in pregnancy and premature delivery; and, at birth, they are more likely to have shorter telomeres.

This renders XY foetuses more vulnerable to adverse prenatal environments, suggesting that women who experience high levels of stress around the time of conception may be less likely to give birth to a boy.

FeaturedNeurosciencePsychology·February 4, 2022·4 min readBrain Shortcuts May Be Partially to Blame for Vaccine and Mask Non-Compliance

This study was conducted by members of the research group Neuropsychology and Psychoneuroimmunology Applied to Children, Adults and the Elderly. It operates under the auspices of the Framework for R&D Projects granted by the Spanish Ministry of Science, Innovation and Universities (ABORSTRESS AND CHILDSTRESS).

This article comes from the Internet and does not representwhats my zodiak signPosition, please indicate the source for reprinting：http://www.myaroo.com/17/1396.html
13like
Label:cancer daily love horoscope 2021