At the end of August 2021, Harvard University’s organization of chaplains unanimously elected Greg Epstein as president. Epstein – the atheist, humanist author of “Good Without God” – will be responsible for coordinating the school’s more than 40 chaplains, who represent a broad range of religious backgrounds.

His election captured media attention, prompting articles in several outlets such as NPR, The New Yorker, the Daily Mail and the Jewish Exponent . Some portrayed the idea of an atheist chaplain as one more battle in the culture wars.

But the trends that Epstein’s position reflects are not new. Non-religious Americans, sometimes referred to as “nones,” have grown from 7% of the population in 1970 to more than 25% today. Fully 35% of millennials say they are not affiliated with any particular religion.

They are part of a diverse group that’s changing ideas about what it means to be nonreligious.

As sociologists of religion, we have studied these transitions and their implications. A recent study with colleagues at the University of Minnesota shows that, while Americans are becoming more comfortable with alternative forms of spirituality, they are less comfortable with those they see as entirely secular.

We argue that Epstein’s election represents a shift that shows the increasing visibility and acceptance of nonreligious Americans. At the same time, the commotion around his position shows many Americans’ lingering moral unease about atheism.

Epstein seems to understand this cultural dilemma and emphasizes his commitments to social justice and humanism, a philosophy that rejects supernatural beliefs and seeks to promote the greater good. In doing so, he is becoming a spokesman for something new in the American context: an atheism that explicitly emphasizes its morality.

Atheism has long generated contention in the United States, going back to colonial times. But the late 19th century’s “Golden Age” of freethought brought the first widespread public expressions of skepticism toward religion. Lawyer and public orator Robert Ingersoll drew religious leaders’ ire as he lectured on agnosticism in sold-out halls across the country.

In the 1920s, the Scopes “Monkey Trial” over the teaching of Darwin’s theory of evolution in public schools highlighted struggles over religious authority in America’s laws and institutions. Meanwhile, Black skeptics of religion, often overlooked by scholars, influenced artists like Zora Neal Hurston and, later, James Baldwin. Many Americans know of Madalyn Murray O’Hair, who successfully challenged mandated Christian prayer and Bible readings in public schools in the 1960s and founded the organization that became American Atheists.

More recently, a growing number of atheist and humanist organizations have promoted the separation of church and state, fought discrimination, supported pro-science policies and encouraged public figures to “come out” as atheist.

Black atheists, not always feeling welcome in white-led organizations, have formed their own, often centered on social justice. 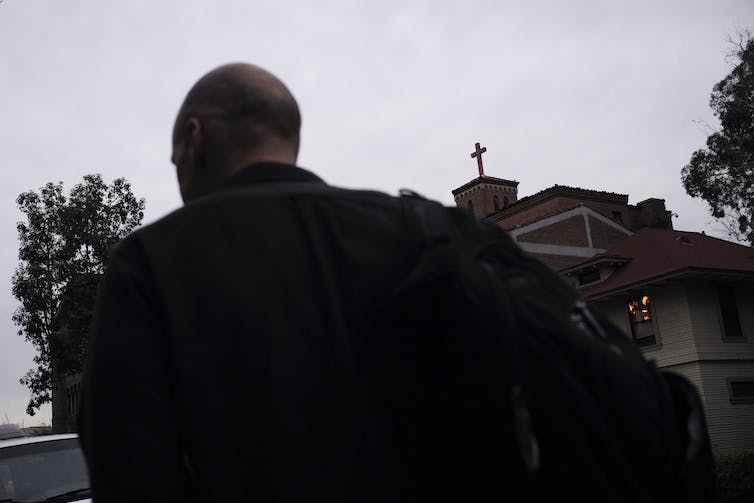 Humanist chaplain Bart Campolo walks past the United University Church at the University of Southern California in 2015. A handful of campuses, including Harvard, now have humanist chaplains. AP Photo/Jae C. Hong No God, no trust?

Despite this increasing organization and visibility, a large percentage of Americans do not trust atheists to be good neighbors and citizens. A national survey in 2014 found that 42% of Americans said atheists did not share their “vision of American society,” and 44% would not want their child marrying an atheist. Those percentages were virtually unchanged in a 2019 follow-up.

These attitudes affect young people like those to whom Epstein ministers. A third of atheists under age 25 report experiencing discrimination at school, and over 40% say they sometimes hide their nonreligious identity for fear of stigma.

As a chaplain, Epstein’s job is to provide spiritual guidance and moral council to students, with a special focus on those who do not identify with a religious tradition. He himself identifies as an atheist, but also as a humanist.

In U.S. society, humanism is increasingly accepted as a positive, and moral, belief system, which some react to more favorably than to atheism, which is perceived as a rejection of religion. And a handful of America’s college campuses now have humanist chaplains.

But atheism remains more controversial in the United States, and an atheist chaplain is a harder sell. Efforts to include atheist chaplains in the military, for example, have not succeeded.

Epstein, a vocal advocate for humanism, appears to be pushing back against Americans’ persistent moral concerns about atheism identified in the research from the University of Minnesota.

His book openly challenges those views by arguing that atheism is a morally anchoring identity for people around the world. He talks at length about how humanism can motivate concern for racial justice and has called for political leaders on the left to embrace the nonreligious as an important, values-motivated constituency.

This marks a different approach from more militant high-profile atheists, particularly the Brights movement and the so-called New Atheist intellectuals like Richard Dawkins or Christopher Hitchens. Epstein does not position himself “against religion” but seeks to cooperate with religious leaders on matters of common moral concern.

It’s too soon to say whether Epstein’s strategy of linking atheism to humanism, justice and morality will be successful in changing attitudes toward atheists. It is, however, likely to keep him in the public eye, a symbol of the transition in how Americans relate to organized religion.

[3 media outlets, 1 religion newsletter. Get stories from The Conversation, AP and RNS.] 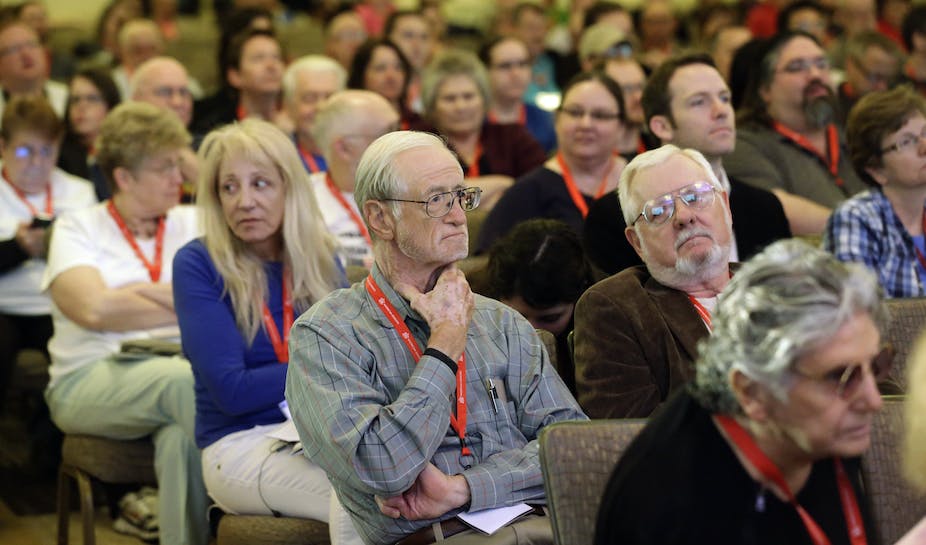 This article comes from the Internet and does not representwhats my zodiak signPosition, please indicate the source for reprinting：http://www.myaroo.com/17/1322.html
2like
Label:who is pisces enemy

Hossam Metwally case: how exorcism can become a cover for domesticabusehoroscope fr

Underneath all the makeup, who was the real TammyFaye?january 5th astrological sign