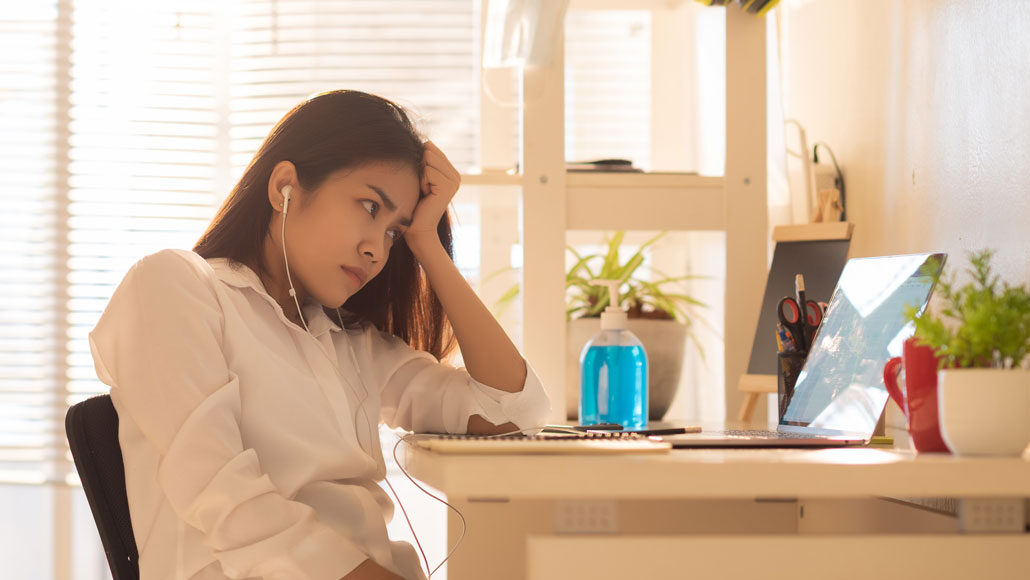 Two recent studies suggest that people prone to boredom are more likely than others to break social-distancing rules. Accepting the idea that feeling bored is normal could help people cope, say researchers.

In recent months, you may have heard about “pandemic fatigue.” The term is not clearly defined. But the gist is that people have grown tired of the pandemic and of having to keep apart for so long. That fatigue can show up as feelings of anxiety, hopelessness, frustration, anger and boredom.

Seeing boredom on that list worries those who study the condition. “Usually boredom tells you that you should do something else,” says Wanja Wolff. During a pandemic, “that might not be the best thing,” says this sports psychologist. He works at the University of Konstanz in Germany.

Recently, scientists have shown that those fears could pose a problem. Two new studies have found that people who often feel bored are more likely than others to flout social-distancing guidelines. Those boredom-prone people also appear to be at higher risk of contracting the new coronavirus.

Boredom, these studies suggest, may well be a real threat to public health.

“Boredom is a sign that you’re not meaningfully engaged in the world,” says Erin Westgate. She’s a social psychologist at the University of Florida in Gainesville. She and other researchers have identified two paths to boredom: a loss of focus and a loss of meaning.

Many of us have lost the focus, or mental clarity, that we had before the pandemic, Westgate says. The pandemic has brought many sources of stress. They include city shutdowns and remote-schooling. At the same time, there have been many other stressors both big and small. These include civil-rights protests, political unrest and tough economic times.

Such disturbances can impair our ability to stay mentally sharp. Westgate and others have found that both too much and too little stimulation can short-circuit one’s ability to pay attention.

Meanwhile, many of our lives have come unraveled. “We’re in a collective loss of routine right now,” says. She is a social psychologist at Rutgers University-Newark in New Jersey. Social-distancing guidelines are aimed at protecting us from a deadly disease. But they have also stolen the seemingly little things that we enjoy. Those monthly outings for ice cream with grandma or weekly baseball games with friends are more than just fun routines. They actually give our lives meaning.

When people lose both focus and meaning in their lives, the boredom becomes “doubly bad,” Westgate says. Even when something is meaningful, she points out, you may lose focus, she points out. If can be because either “it’s too easy or too hard. You can also be bored because you can pay attention, but it’s meaningless,” she says. “But if something is meaningless and you can’t pay attention, you’re like double bored.”

Prone to the blahs

The two new boredom studies each included almost 1,000 North American participants. They show how elevated boredom among people prone to the feeling may be playing out during the pandemic.

In one study, researchers looked at a person’s propensity for boredom. They sought to quantify how this related to rule-breaking behaviors during the pandemic. One example might be going to a party. Proneness to boredom explained 25 percent of the variance in rule-breaking behaviors among participants. The team reports this in the March Personality and Individual Differences.

No one thing can explain all of any human behavior, says James Danckert. But “25 percent is a huge amount.” This coauthor of the study is a cognitive neuroscientist. He works at the University of Waterloo in Canada.

Wolff and his colleagues, meanwhile, found that boredom-prone people ranked social distancing as more difficult than others had. They were also less likely to follow social-distancing guidelines. Their findings appeared online July 28, 2020 in the International Journal of Environmental Research and Public Health. Both studies showed that people who scored higher in boredom were also slightly more likely than those scoring lower to report having gotten COVID-19.

“Boredom is an incredibly powerful motivator for behavior,” Wolff says. Yet, he adds, people can struggle with how to respond to that signal in safe and meaningful ways. 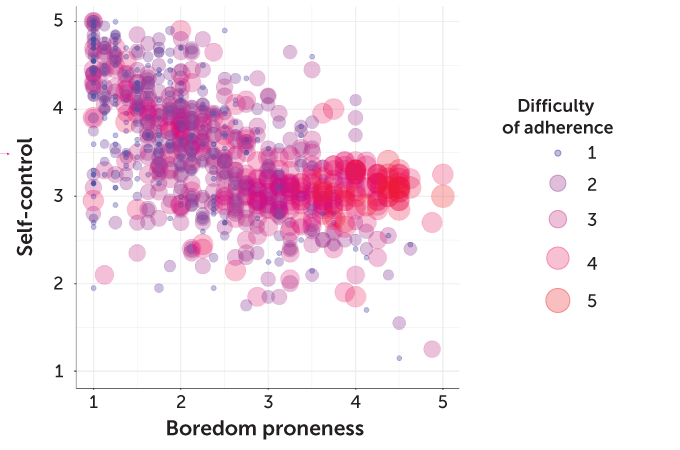 Westgate is not surprised that people who are especially prone to boredom find staying home dull. She does wonder, though, about the rest of us. How are people who aren’t used to being bored coping with the pandemic? Are they also breaking the rules?

The research here is less direct but suggestive. In one 2014 study in Science, Westgate and her colleagues asked 42 undergraduate students to sit alone with their thoughts for several minutes. No cell phones were allowed. The students, though, had the option to push a button to receive a painful electric shock. About two-thirds of the male and a quarter of the female students pushed that button. Some pushed it more than once. This suggests that even pain can be preferable to boredom for some.

Similarly, one 2019 study induced boredom in people through a repetitive gambling game. That boredom prompted them to take more risks.

Momentary boredom is not inherently bad, says Wijnand Van Tilburg. He is a social psychologist at the University of Essex in England. He also coauthored the 2019 study, published in Behavioral Decision Making. But over a longer period, boredom can lead to serious public health outcomes. That’s true if the situation “is unresolved or the resolution to it is harmful, like overeating or becoming aggressive or not wearing a mask,” he says.

A recent study provides clues to how unresolved boredom may play out. It was published in the December 22 Proceedings of the National Academy of Sciences. The pattern of death rates from COVID-19 in some states did not match what researchers expected if people had hunkered down as the virus surged. Then the researchers factored into their models that some people would stop social distancing earlier than recommended. Now their models better replicated the real death rates.

See all our coverage of the coronavirus outbreak

The authors attribute people’s actions, and the higher-than-expected death toll, to pandemic fatigue. This includes boredom.

In the coming months, boredom from pandemic fatigue could worsen as the COVID-19 virus continues to spread in the United States and many other places. Hope is at hand with the rollout of vaccines. But public-health experts warn that vaccinating enough people to halt a U.S. spread of the virus could take several more months. How is that collision of hope and despair affecting our levels of boredom? How many of us will drop our guard?

Wolff is now looking at how to help people who are bored to follow social-distancing rules. His paper, last July, showed that when boredom-prone people have a lot of self-control, they do a better job with adherence. Training people to have more self-control can be difficult, however. Wolff instead suggests that people reduce the need for self-control by creating backup plans.

His preliminary research was posted online last June 25 at PsyArXiv.com. It suggests that “if-then” plans can help. For instance, if an indoor gym is too dangerous, a person could plan to start running outside. Wolff suggests people take small steps to make it easier to follow such forced changes to their routine. One example: Put workout clothes out on the bed the night before and sneakers by the front door. “The idea is to make behavior more automatic,” he says.

But even with the best-laid plans, retaining focus and meaning during the pandemic is no easy task. Researchers say it’s worth reminding ourselves that boredom is a neutral signal. It is neither bad nor good. And some people may discover that their boredom has roots that may predate the pandemic.

So perhaps the best way to view the situation is that some people will use this moment of boredom to think about larger life goals, Van Tilburg says. “It is possible to get meaning out of these negative situations.”

This article comes from the Internet and does not representwhats my zodiak signPosition, please indicate the source for reprinting：http://www.myaroo.com/16/1218.html
7like
Label:virgo love horoscopes today