The Legacy of Ruth Bader Ginsburg, As Seen Through Astrologysep 30 horoscope 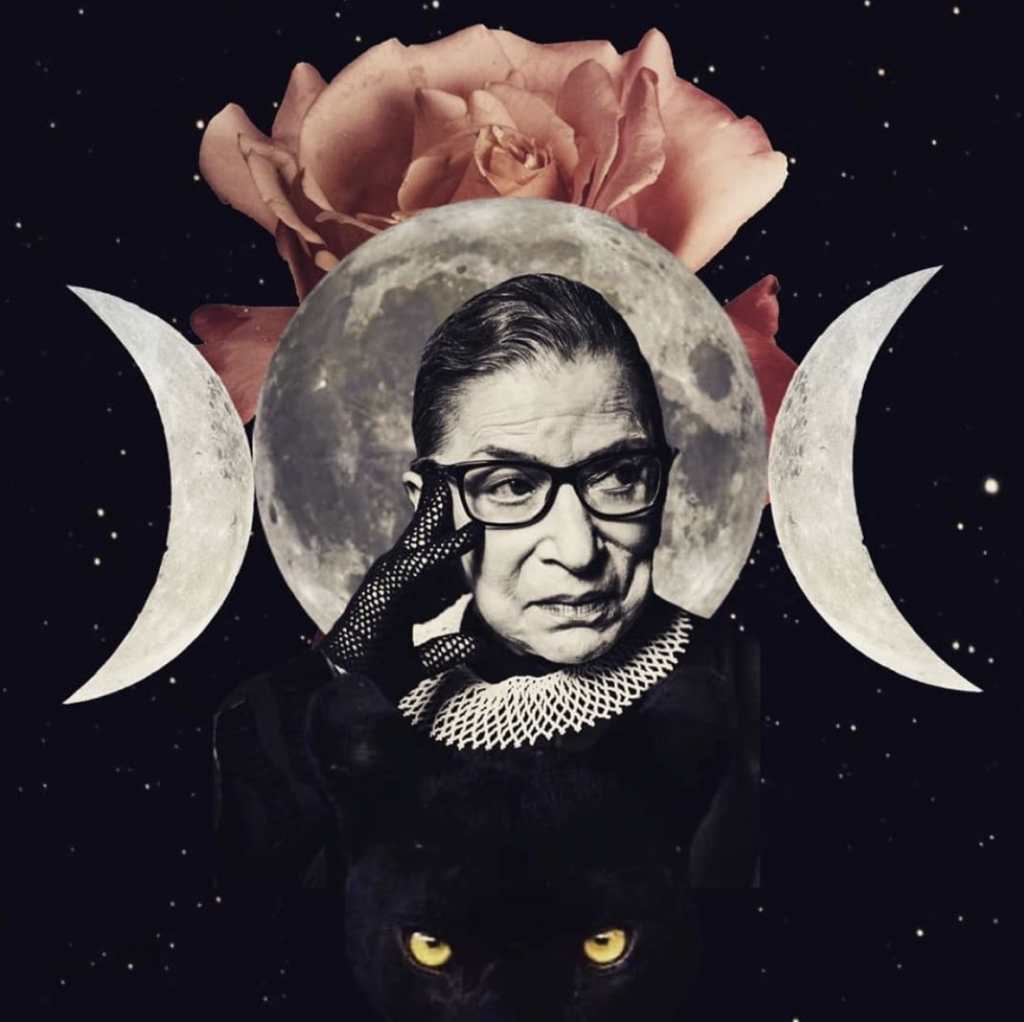 She has passed the baton to the next heroes to come.

Ruth Bader Ginsburg, a revolutionary Supreme Court Justice who is well-known for her fight for gender equality, passed from this world on September 18 of 2020 at the age of 87. Ruth once stated in an interview that she felt she was “born under a very bright star” due to her luck and how the universe perpetually directed her toward her ultimate destiny.

Ruth was Jewish—and according to this tradition, anyone who dies on Rosh Hashanah, which began on September 18, 2020, is known as a tzaddick—a person of great righteousness. Jewish teachings state that those who die just before the Jewish new year are the ones that God has held back until the last moment because they were needed most.

By looking at her astrology—despite the fact that we do not know her exact time of birth—we can further peer into the soul of this incredible woman. Ruth’s sun sign was Pisces and her moon sign was Scorpio. Those born under the zodiac sign of Pisces are known for their incredible intuition, their giving spirit, and their ability to empathize deeply with the collective spirit of humanity.

As Pisces is the last sign in the zodiac, they embody all the lessons of each sign prior. Those born under this sign are deeply emotional, sensitive, and imaginative. They have an intrinsic hope for the future and possess a compassionate nature that allows them to connect with people on a soul level. As a mutable sign, Pisces can be flexible and understand the need for compromise in order to ultimately create change within the world.

In astrology, Pisces is also connected to the twelfth house, the sector that is ruled by the subconscious. It is in this astrological house where our dreams rise into our awareness and we must face the shadow aspects of ourselves and the world in which we live in. The twelfth house can be a place of secrets and karma, and in essence, Ruth’s passionate fight to bring awareness to gender equality has helped correct the course of the United States. Her actions have not only affected America—but have inspired people worldwide, as well.

Because of Ruth’s moon in Scorpio, she was immensely passionate about her beliefs and saw emotions as “all or nothing.” There were clear truths that she felt, which allowed her to strike to the heart of matters and help others see both, the emotional and intellectual sides to every issue. This moon sign also gave her the strength to not be intimidated by others and to show her power whenever it was needed most. Above all, Ruth would feel loyal to those she loved—whether it be her partners, family, or the public that she defended.

Other notable placements in her chart are Mercury and Uranus in Aries—infusing her with a pioneering spirit and endless courage to communicate effectively whenever needed. Her assertive nature empowered her to be an inventive and inclusive leader. She was the epitome of a trailblazer, unafraid of bringing new horizons to an old, outdated system that needs change in order to survive.

Yet another telling aspect of Ruth’s chart is her north node in Pisces. This shows that her destiny in this lifetime was to swim against the current, and therefore shift what people have seen as “socially accepted.” Ruth was able to fight against the odds because she was led by her spirit, and ultimately able to live by a code of her own ethics and to shift the system in a new direction. Ruth was motivated by her heart’s desires—she knew that life is about serving others. To change the world, she had to listen to what people were crying out for and by understanding these hopes and dreams, she could influence the path of the present, as well as the future.

The astrology of Ruth Bader Ginsburg’s death reveals some startling revelations—especially when it comes to how it will impact our world going forward.

As stated before, Ruth’s sun sign is at 24 degrees Pisces. On September 17, 2020, a new moon took place at 25 degrees of the zodiac sign Virgo—creating an opposition with her natal sun by only one degree away. This means that the sun—ruling life force—and the moon—ruling the soul—met across the sky from her and ushered forth a new beginning for her.

When the sun and moon meet directly across from us, one may feel drained and weaker than normal. However, this can also connect us with partners and the public (ruled by the seventh house). This shows that to Ruth Bader Ginsburg, the public that she defended was in essence her life partner. She has fulfilled her destiny with her partnership—the people—and will now have a “new beginning.” From an esoteric point of view, she would keep doing her work on another plane, on the other side of the veil, motivating people to rise up and dissent, and to carry forth her legacy. In essence, when one hero passes, it leaves room for other heroes to emerge.

Upon even further inspection of the transits that were taking place near this time, Pluto was in opposition to her natal Pluto. This aspect always speaks of a period in life where one undergoes a death and rebirth. For Ruth, it was her releasing this mortal plane like a phoenix, transforming onward towards the next stage of her soul’s evolution.

We Must Rise Up

As we now remember the legacy of this hero, it is our duty to not only celebrate her memory but to also spread her message. “Women belong in all places where decisions are being made,” she once stated. By bringing further attention to the feminist movement, we can honor her and make the world a more inclusive place.

“I’m sometimes asked when there will be enough [women on the Supreme Court.] And I say: ‘When there are nine.’ People are shocked. But there’d been nine men, and nobody’s ever raised a question about that.”

But perhaps what’s Ruth’s most fascinating natal chart aspect is what’s most telling of what’s next in terms of her legacy. Her Jupiter-Neptune conjunction in Virgo, an aspect known as “the painter of dreams,” speaks of the rare gift she had to make her life’s work transcend beyond the material plane.

There is no doubt that the many people whose lives were touched by Ruth’s work will continue her legacy. May Ruth Bader Ginsburg rest in peace and power. Now it is our turn to rise up.

Read More Stories:How to Prepare a Mabon Feast and Spell for the Fall EquinoxKeep up With the Ever-Charging Astrological Transits With Astrology News2020 Jupiter-Pluto Conjunction: Birthing Ambition and Passion From the Core<div

This article comes from the Internet and does not representwhats my zodiak signPosition, please indicate the source for reprinting：http://www.myaroo.com/15/1155.html
14like
Label:sep 30 horoscope