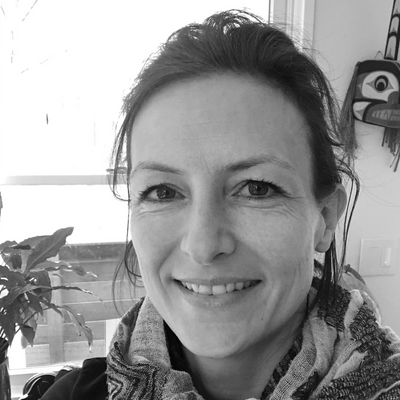 Ruth is a freelance journalist.

If a mouse is in a lot of pain, an experienced handler may see it in the animal’s facial expression—its narrowed eyes and bulging cheeks. But, subtler facial expressions may be more difficult to match to their moods. So researchers developed an unbiased machine learning approach to study hundreds of videos of mice and, as a result, have now catalogued a range of emotion-specific facial expressions. These expressions, the researchers show, can serve as handy readouts for studying the neural basis of emotions.

“It’s a tour de force in terms of techniques,” says neuroscientist Sheena Josselyn of the University of Toronto who was not involved in the research. “Using the techniques . . . they are really beginning to give [emotion] a scientific definition, which I think is really important.”

“The results provide an important advance by adding quantitative analysis of facial motor patterns to the repertoire of ‘emotional’ behaviors that can be measured in mice,” David Anderson, a neuroscientist at Caltech, writes in an email to The Scientist. That’s important, he adds, because “facial expressions have been considered as key indicators of emotion state in mammals, but have previously been measured in rodents only in a more qualitative, subjective manner.” Anderson, who studies the neurobiology of emotional behaviors, was also not involved in the project.

Previous investigations of facial expressions in mice and other animals not only lacked objectivity, they tended to focus on just one or two emotions, says Nadine Gogolla of the Max Planck Institute of Neurobiology. “None of those studies looked at a whole spectrum [of emotions] and whether they can be distinguished from each other.”

To address these issues, Gogolla’s team collected hundreds of videos of the faces of mice—their heads locked in position—while the animals were subjected to stimuli intended to induce particular emotions. These included tail shocks to induce pain, sucrose solution for pleasure, quinine solution for disgust, and injections of lithium chloride to cause malaise. The video data were then processed with machine learning algorithms, which led to the identification of six specific facial expressions in the mice associated with six specific emotions—the four mentioned above plus two types of fear: one associated with freezing, the other with escape. These fear states were not specifically induced by the researchers but occurred spontaneously in some of the mice. The researchers published their findings today (April 2) in Science.

To ensure the identified facial expressions were truly representative of emotions and not just sensory reflexes to the stimuli, Gogolla’s team performed a series of experiments to test whether the expressions displayed key attributes of emotions such as scalability, generalizability, and valence (a measure of good or bad).

“The authors demonstrate that these reactions exhibit several of the core features of emotions,” writes Anderson, which “is reassuring.”

The team went on to show that optogenetic stimulation of parts of the mouse brain known as hedonic hotspots—the ventral pallidum and anterior insular cortex—elicited expressions of pleasure, while stimulation of the posterior insular cortex—involved in the processing of aversive states—led to the appearance of disgust. The team also recorded neuronal activity in the brains of mice while the animals were being videoed and given stimuli. These experiments revealed specific sets of cells whose activities correlated with expressions of pleasure or disgust.

While “more work will be required” to understand the meaning of these neural correlates of emotions, writes Anderson, “the authors provide an important platform for investigating this” and other questions.

The work “has moved the field forward because it has given us a tool that as neuroscientists allows us . . . to study internal states of fear and pleasure,” says neuroscientist Mark Andermann of Harvard University who did not participate in the research. “This is really an important step.”

Ruth Williams is a freelance journalist based in Connecticut. Email her atruth@wordsbyruth.comor find her on Twitter @rooph.

This article comes from the Internet and does not representwhats my zodiak signPosition, please indicate the source for reprinting：http://www.myaroo.com/15/1101.html
3like
Label:capricorn singles horoscope