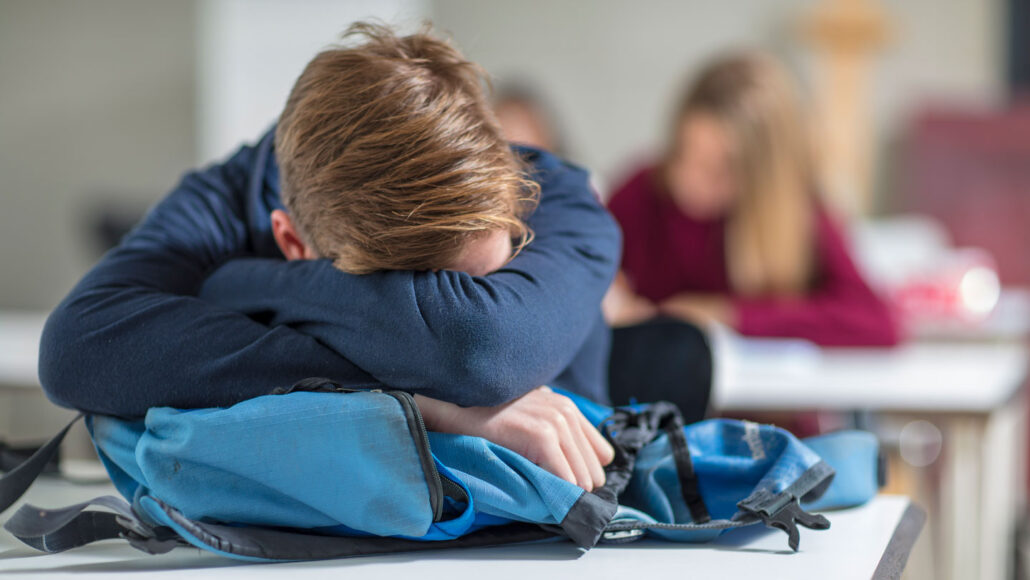 Falling asleep during class is common for students who don’t get enough sleep.

The start of a new school year brings lots of changes. One is a need to wake up earlier. Depending on when school starts, that early wake-up can turn teens into “zombies,” studies have shown. But when schools start later, teens get to class on time and find it easier to stay awake, a new study finds.

For years, researchers and pediatricians have pushed for later high school start times. Experts recommend kids and teens get an average of nine hours of sleep, notes Kaitlyn Berry. At the University of Minnesota in Minneapolis, she studies sleep and health issues. “As children reach their teen years, the internal clocks that control their sleep timing naturally change,” she says. This makes it hard for them to fall asleep before 11:00 p.m. So when they have to get up in time for an 8:00 a.m. class, they’re missing out on valuable sleep time.

Knowing this, schools in several districts have begun to shift their start times. Researchers have now begun looking at how this impacts students. Some studies compared students at early- and later-starting schools. Others followed students at one school as the start time changed. No one had taken a more controlled approach, comparing one area’s schools that switched with those in the same area that did not. Working with Rachel Widome, also at Minnesota, Berry decided to do just that.

Their team reached out to students at five high schools in Minneapolis. More than 2,400 students agreed to take part. All were in ninth grade at the start of the study. And all of the schools initially started between 7:30 and 7:45 in the morning. By the time the teens started tenth grade, two schools had switched to a later start time. This allowed students at those schools to sleep in an extra 50 to 65 minutes.

The researchers surveyed the students three times: in ninth grade, then again in tenth and eleventh. They also surveyed the teens’ sleep habits. Did they need to be told more than once to wake up? Were they late to class because they overslept? Did they fall asleep in class or feel tired during the day? Did they wake up too early and have trouble getting back to sleep?

When all schools started early, many teens reported struggling to get enough sleep. After the shift in start time, students in the delayed-start schools were less likely to oversleep. Compared to students at the early-start schools, they also were less likely to be late for class. Best of all, they reported feeling less sleepy during the day. These changes reflected their getting more sleep time.

“Students who attended delayed-start schools had an additional 43 minutes of school-night sleep, on average,” says Berry. Although she wasn’t part of the original team, she analyzed the data.

This video explains why teens are “wired” to be night owls and how this can get in the way of learning and safety. It also offers 10 teen-oriented tips for getting more shuteye.

That much extra sleep “on a daily basis seemed to have made a difference in these students’ lives,” adds Widome. Her group believes the extra sleep will make it easier for students to actively participate in school.

The team reported its findings June 5 in the Journal of Adolescent Health.

This study “highlights how seemingly small changes in sleep-wake schedules can have a positive impact on teen function,” says Tyish Hall Brown. She is a child and adolescent psychologist at Howard University College of Medicine in Washington, D.C. She was not involved in the study. “By reducing the occurrence of oversleeping and daytime sleepiness, later school start times have the potential to increase teen success,” Hall Brown says. This should improve their overall performance, she says.

“Sleep truly is important, even though we live in a culture that acts like it’s optional,” Widome says. “It’s easier to focus on school, be a good friend and do well in sports when you aren’t exhausted,” she adds. If your high school starts before 8:30 a.m., Widome suggests reaching out to the school board. “Engage them in a discussion about how you can help make your school more sleep-friendly,” she says.

This article comes from the Internet and does not representwhats my zodiak signPosition, please indicate the source for reprinting：http://www.myaroo.com/15/1097.html
4like
Label:leo and aquarius horoscope today

Will you learn better from reading on screen or on paper?aquarius horoscope tomorrow career