‘Why Should Fans Not Enjoy IND-PAK Games’: Ramiz Raja on 4-nation Series, Says ‘Politics Can be Set

‘Why Should Fans Not Enjoy IND-PAK Games’: Ramiz Raja on 4-nation Series, Says ‘Politics Can be Set Aside’weekly horsocopes

‘Why Should Fans Not Enjoy IND-PAK Games’: Ramiz Raja on 4-nation Series, Says ‘Politics Can be Set Aside’weekly horsocopes 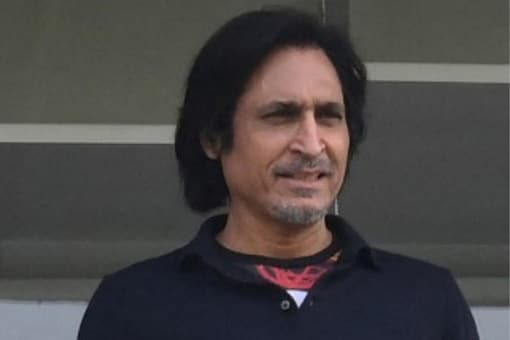 The appointment of Ramiz Raja as the PCB chief has led to a massive transition in Pakistan cricket. A startling victory against India at the ICC T20 World Cup 2021 followed by the successful conduct of the Pakistan Super League and Australia tour are some of the notable aspects of his tenure. And now, he wishes to the gentlemen’s game to a newer level altogether.

He has proposed a 4-nation tournament comprising India, Pakistan, England and Australia. According to his plan, the tournament would be hosted by each of the participating nations every year on a rotation basis. While Australia has responded positively to Ramiz’s proposal, he is awaiting a response from India and England.

Raja is hopeful of holding positive talks with his counterpart in the BCCI, Sourav Ganguly. It’s been almost a decade that India and Pakistan aren’t involved in bilateral cricket tournaments due to diplomatic conditions between the nations. However, Raja feels that when it’s about cricket, political issues could take the back seat.

‘It Was Same for Both Teams’: Imam-ul-Haq Dismisses Criticism of Rawalpindi Pitch

“Whenever I talk about India and Pakistan, it’s not always as the chairman of a Cricket Board. But it’s the cricketer that comes out. And as a cricketer, I’ll say that politics can be set aside because why should the fans not enjoy India-Pakistan games,” Raja told The Indian Express in an interview.

“The numbers and the figures are there for everyone to see why it is still the best competition in the world. And the idea of a Four-Nation series stems from that very fact. And somehow, we’ve got to make it happen. And if not now, when? Because there are three ex-cricketers representing the Board. (Sourav Ganguly – India, Raja – Pakistan and Martin Snedden – New Zealand),” he added.

Raja asserted that the four-nation series will be a new concept in modern-day cricket since the introduction of T20 world Cup in 2007.

ALSO READ | ‘Mahi Bhai is Like Family’: Young IND Wicketkeeper Explains How Dhoni Helped Him in Shaping His Career

“And I’m not taking this forward as a PCB chairman, I’m taking this concept forward as an ICC Board member. It’s not Us versus Them, it’s Us versus Us. The last great concept was the T20 World Cup, which was held in 2007. So, nothing new has come since that 2007 event, and here’s an opportunity. This thing happens in rugby, so we have a precedent.

“I’m just hoping that we look at this concept as a cricketing concept and not as a political concept,” he said.

weekly horsocopes‘Why Should Fans Not Enjoy IND-PAK Games’: Ramiz Raja on 4-nation Series, Says ‘Politics Can be Set Aside’