Surge in anti-Semitism reported in latest studyzodiac april 23Anti-Semitic incidents spiked during and immediately after the Charlottesville protests. The report also finds a troubling number of incidents in schools and colleges. 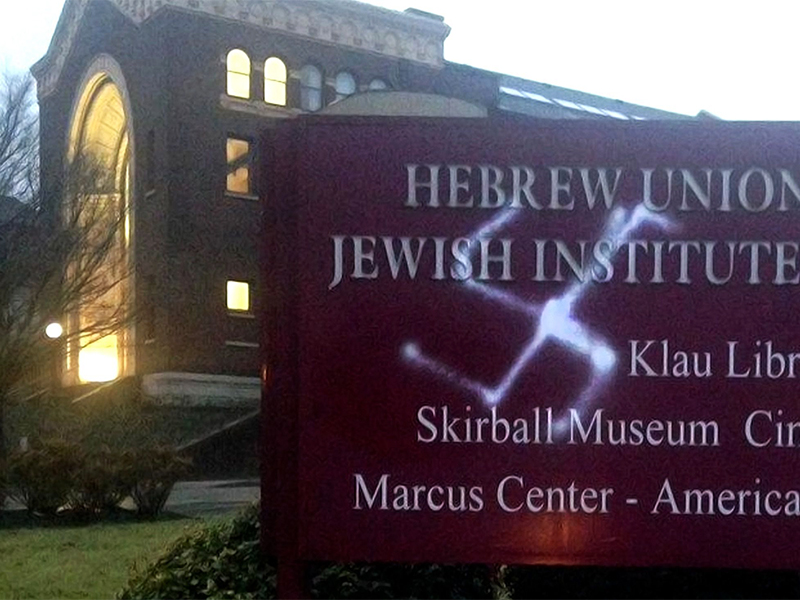 The vandalized sign at Hebrew Union College in Cincinnati on Jan. 2, 2017. Photo via Twitter November 2, 2017 By Yonat Shimron ShareTweetShare

(RNS) — A new report shows a continued rise in anti-Semitic incidents across the U.S. in the first nine months of 2017, partly attributable to the Charlottesville, Va., rally in which white nationalists marched through the city shouting “Jews will not replace us.”

The report from the Anti-Defamation League shows a 67 percent increase in physical assaults, vandalism and attacks on Jewish institutions over the same period last year. 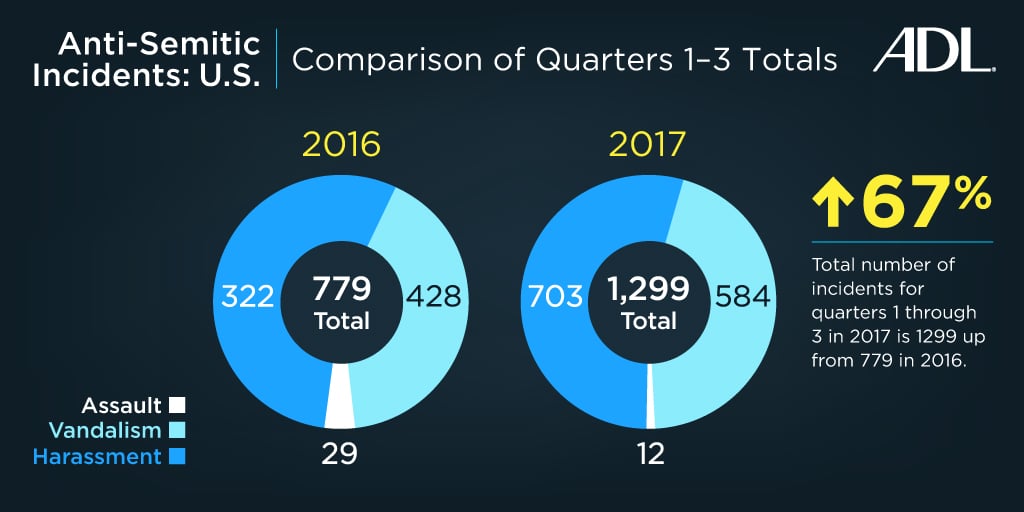 “While the tragedy in Charlottesville highlighted this trend, it was not an aberration,” Jonathan Greenblatt, ADL’s CEO, said in a written statement. “Every single day, white supremacists target members of the Jewish community — holding rallies in public, recruiting on college campuses, attacking journalists on social media, and even targeting young children.”

The report shows that anti-Semitic incidents spiked during and immediately after the Charlottesville protests that left one woman dead. President Trump ignited a political firestorm in the wake of the violence when he attributed “blame on both sides” — white supremacists, as well as those who marched against them.

Among the most notable incidents, the first nine months of 2017 saw 162 bomb threats against Jewish institutions, 584 incidents of vandalism and 12 physical assaults.

In March, after an international probe spearheaded by the FBI, Michael Kaydar, an 18-year-old Israeli-American, was arrested in Israel in connection with a wave of bomb threats at Jewish community centers.

Bomb threats, vandalism, harassment and assaults took place across the country, but the states with the highest number of incidents tended to be those with the largest Jewish populations: New York, California, Massachusetts, Florida and Pennsylvania.

Perhaps most troubling, the report found a growing spurt of anti-Semitic harassment and vandalism on college campuses and in grade schools. Incidents in K-12 schools in 2017 more than doubled over the same period in 2016 (269, up from 130).

On college campuses, 118 anti-Semitic incidents were reported in the first three quarters of 2017, compared with 74 in the same period of 2016 – a 59 percent increase.

This article comes from the Internet and does not representwhats my zodiak signPosition, please indicate the source for reprinting：http://www.myaroo.com/10/839.html
3like
Label:zodiac april 23

‘I’ll Push You’: Friends, one in a wheelchair, document their Spanish pilgrimagehoroscopes washington post