TUNIS, Tunisia (AP) — Some denounce it as a violation of Islamic law, others embrace it as revolutionary: An initiative by Tunisia’s president to make inheritance and marriage rules fairer to women is reverberating around the Muslim world and risks dividing his country.

The 90-year-old president, Beji Caid Essebsi, argues that Tunisia needs to fight discrimination and modernize. He’s gambling that he could shepherd through such changes because his secular party is in a coalition with an Islamist one and because his overwhelmingly Muslim country has a history of relatively progressive views toward women.

In a speech last month, Essebsi proposed allowing women the same inheritance rights as men, instead of the current system based on Shariah that generally grants daughters only half the inheritance given to sons.

The president also suggested allowing Muslim women to marry non-Muslims; currently Muslim men are allowed to marry non-Muslims but not the other way around. He announced the creation of a commission led by a woman lawyer and rights activist aimed at drafting revised rules.

#Tunisia did it! Bravo! Yes! Finally – Muslim women can marry whoever they want https://t.co/wVrMoX05Fk via @YahooNews

Just raising the call for changes is a dramatic move. Mainstream Muslim clerics almost universally see the inheritance rules as enshrined in the Quran, Islam’s holy book, and consider the rules on marriage to be equally unquestionable in Shariah. Most Muslim-majority countries in the Mideast and Asia enforce the rules since they use Shariah as the basis for personal status and family law. Some worry that such changes could stir up extremist anger in a country that has already suffered deadly attacks.

The president argues that existing practice violates Tunisia’s Constitution, adopted in 2014 in the wake of the Arab Spring revolution, and that he wants Tunisia to reach “total, actual equality between men and women citizens in a progressive way,” as called for in the charter.

He said he wants to fight discrimination in a country where half of engineers are women, as are a majority of medical, agricultural and textile workers and those with higher education.

The first president of independent Tunisia, Habib Bourguiba, championed a landmark social code in 1956 that set a standard for the region by banning polygamy and granting new rights to women unheard of in the Arab world at the time. But even he didn’t dare push for equal inheritance.

But in Egypt, the world’s foremost seat of religious learning for Sunni Muslims, Al-Azhar, swiftly rejected the proposals.

“Calls for the equality of men and women in inheritance do an injustice to women, don’t do women any good and clash with Shariah,” Abbas Shoman, Al-Azhar’s second most senior cleric, said in a statement.

But the proposals sparked a heated debate on social media networks among Egyptians. Supporters of Essebsi’s initiative said Al-Azhar was showing its true colors as a bastion of religious militancy.

Muslim parents who see the inheritance laws as unjust often resort to putting assets in their daughters’ names during their lifetimes. In Lebanon, some Sunni men convert to Shiism to take advantage of what they see as the minority sect’s more equal treatment of women when it comes to inheritance. Tunisia is overwhelmingly Sunni.

Moroccan academic Nouzha Guessous welcomed the Tunisian proposal as “a beautiful bright spot in the grim political and social skies in Morocco and elsewhere in the Muslim world.” Writing in the Moroccan magazine L’Economiste, she said the Tunisian president could “go down in history … as an enlightened Muslim leader characterized by a political conscience and attuned to the changes in society.” 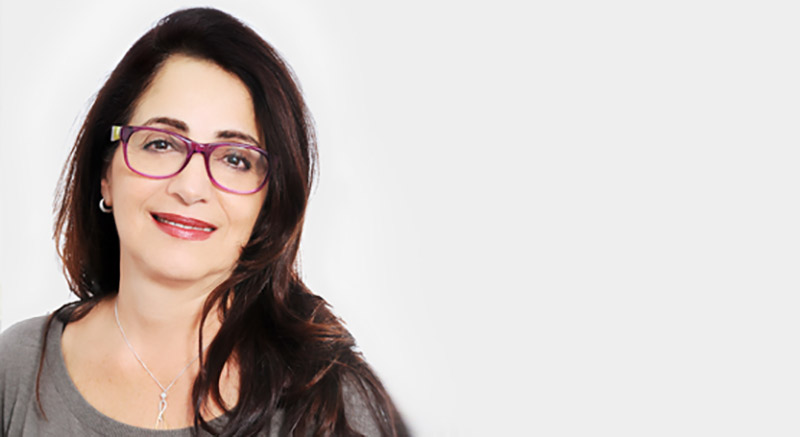 Nouzha Guessous, a researcher and consultant in bioethics and human rights, is a former professor of medical biology at the Faculty of Medicine of Casablanca. Photo courtesy of Nouzha Guessous

She expressed hope Tunisia could set a precedent across the Muslim world.

“As a proud, full-fledged Moroccan woman, I must admit that today, yes, I would have liked to be Tunisian,” she wrote.

There are some Muslim theologians who argue that the one-half inheritance for women is not absolute in the Quran and that it is open for reinterpretation to fit the Quran’s requirements for justice and equality.

Still, the mainstream view is deeply entrenched. In Tunisia, the country’s leading imams and theologians issued a statement denouncing the president’s proposals as a “flagrant violation of the precepts” of Islam.

Tunisia’s Islamist party Ennahdha hasn’t taken an official line yet, but party No. 2 and former prime minister Hamadi Jebali warned against anything that would “threaten social peace” and said the president’s ideas aren’t taking into consideration the feelings of all Tunisians, just a liberal segment of the population.

“Either the chief of state doesn’t know that a text codified by the Quran cannot be subject to interpretation, or it is a political calculation,” he said on his Facebook page.

Several analysts suggest the president is trying to win back support from women who supported him widely in 2014 elections for his modernizing program, but then grew disillusioned after he allied with the Islamist party.

“The only moderate Islam is that which recognizes the need and the right not only to interpretation but also to evolution,” he said, calling the battle for renewing religious discourse “the mother of all battles.”

This article comes from the Internet and does not representwhats my zodiak signPosition, please indicate the source for reprinting：http://www.myaroo.com/06/1826.html
14like
Label:gemini and scorpio horoscope today