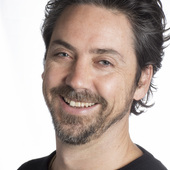 Professor, Melbourne School of Psychological Sciences, The University of Melbourne 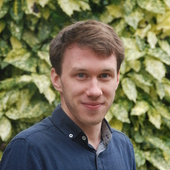 University of Melbourne provides funding as a founding partner of The Conversation AU.

Have you looked at the international rankings of the world’s happiest countries lately?

Measuring a country’s subjective levels of happiness has become something of an international sport. People look with interest (and a little jealousy) to nations such as Denmark, which consistently tops the world happiness rankings.

It has also led to Danish practices such as the “hygge” lifestyle gaining popularity elsewhere. If only we could add more cosiness to our lives, perhaps we would be as happy as the Danish!

But is living in one of the worlds happiest nations all it’s cracked up to be? What happens if you struggle to find or maintain happiness in a sea of (supposedly) happy people?

In our new research, published in Scientific Reports, we found that in countries which rank the highest in national happiness, people are also more likely to experience poor well-being due to the societal pressure to be happy.

So living in happier countries may be good for many. But for some, it can end up feeling like too much to live up to, and have the opposite effect.

For several years, my colleagues and I have been researching the social pressure people may feel to experience positive emotions and avoid negative ones.

This pressure is also communicated to us through channels such as social media, self-help books and advertising. Eventually people develop a sense of what kinds of emotion are valued (or not valued) by those around them.

Read more: So many in the West are depressed because they’re expected not to be

In an ironic twist, our past research has shown that the more people experience pressure to feel happy and not sad, the more they tend to experience depression.

While this previous research has mostly focused on people living in Australia or the United States, we were curious about how these effects might also be evident in other countries.

For our latest study we surveyed 7,443 people from 40 countries on their emotional well-being, satisfaction with life (cognitive well-being) and mood complaints (clinical well-being). We then weighed this against their perception of social pressure to feel positive.

What we found confirmed our previous findings. Worldwide, when people report feeling pressure to experience happiness and avoid sadness, they tend to experience deficits in mental health.

That is, they experience lower satisfaction with their lives, more negative emotion, less positive emotion and higher levels of depression, anxiety and stress.

Interestingly, our global sample allowed us to go beyond our prior work and examine whether there were differences in this relationship across countries. Are there some countries in which this relationship is especially strong? And if so, why might that be?

Not a uniform problem

To investigate this, we obtained data for each of the 40 counties from the World Happiness Index, collected by the Gallup World Poll. This index is based on the subjective happiness ratings of large-scale nationally representative samples.

It allowed us to determine how the overall happiness of a nation, and therefore the social pressure on individuals to be happy, might influence individuals’ well-being.

We found the relationship did indeed change, and was stronger in countries that ranked more highly on the World Happiness Index. That is, in countries such as Denmark, the social pressure some people felt to be happy was especially predictive of poor mental health.

That’s not to say on average people are not happier in those countries – apparently they are – but that for those who already feel a great deal of pressure to keep their chin up, living in happier nations can lead to poorer well-being. 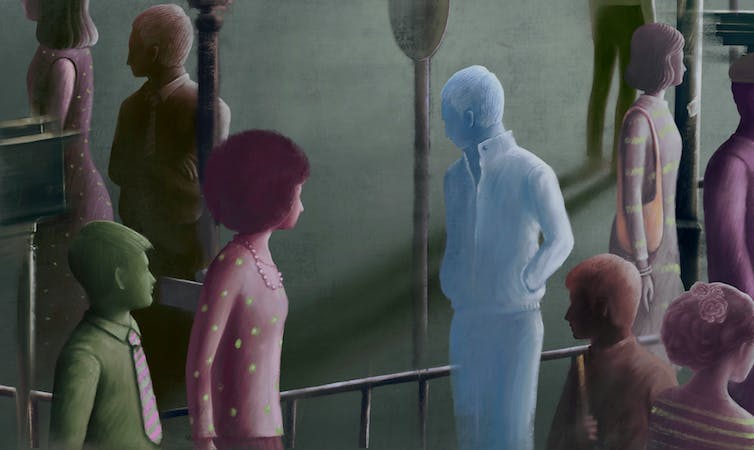 Feeling blue? You can’t always count on other people’s happiness rubbing off on you. Shutterstock

Why might this be the case? We reasoned that being surrounded by a sea of happy faces may aggravate the effects of already feeling socially pressured to be happy.

Of course, signs of others’ happiness are not limited to the explicit expression of happiness, but are also evident in other more subtle cues, such as having more social contact or engaging in pleasurable activities. These signals tend to be stronger in happier countries, ratcheting up the effects of social expectations.

In these countries, feeling happy can easily be viewed as the expected norm. This adds to the social pressure people feel to adhere to this norm, and exacerbates the fallout for those who fail to achieve it.

So what can we do? At a personal level, feeling and expressing happiness is a good thing. But as other research has found, it’s sometimes good to be sensitive about how our expression of positive emotion may affect others.

While it’s good to bring happiness and positivity to our interactions, it’s also good to know when to tone it down – and avoid alienating those who may not share our joy in the moment.

More broadly, perhaps it’s time to rethink how we measure national well-being. We already know that flourishing in life isn’t just about positive emotion, but also about responding well to negative emotion, finding value in discomfort, and focusing on other factors such as meaning and interpersonal connection.

Perhaps it’s time to rank countries not only by how happy they are, but how safe and open they are to the full range of human experiences.

Read more: How to avoid ‘toxic positivity’ and take the less direct route to happiness

This article comes from the Internet and does not representwhats my zodiak signPosition, please indicate the source for reprinting：http://www.myaroo.com/05/522.html
4like
Label:tomorrow's virgo horoscope

Happy Twosday! Why numbers like 2/22/22 have been too fascinating for over 2,000yearsthe sun herald horoscopes