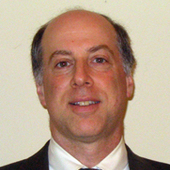 Professor of Brain and Cognitive Sciences, University of Rochester

When asked the other day about a bakery near my home, I responded that I’d recently eaten its mouth-watering chocolate chip cookies. My wife corrected me, noting that the cookies I ate were actually oatmeal raisin.

Why did I make this memory error? Is this an early sign of impending dementia? Should I call my doctor?

Or is forgetting the details of a dessert a good thing, given that everyday life is filled with an enormous number of details, too many for a finite human brain to remember accurately?

I am a cognitive scientist and have been studying human perception and cognition for more than 30 years. My colleagues and I have been developing new theoretical and experimental ways to explore this kind of error. Are these memory mistakes a bad thing, resulting from faulty mental processing? Or, counterintuitively, could they be a good thing, a desirable side effect of a cognitive system with limited capacity working efficiently? We’re leaning toward the latter – that memory errors may actually indicate a way in which the human cognitive system is “optimal” or “rational.”

For decades, cognitive scientists have thought about whether human cognition is strictly rational. Starting in the 1960s, psychologists Daniel Kahneman and Amos Tversky conducted pioneering research on this topic. They concluded that people often use “quick and dirty” mental strategies, also known as heuristics.

For example, when asked whether the English language has more words starting with the letter “k” or with “k” as the third letter, most people say there are more words starting with “k.” Kahneman and Tversky argued that people reach this conclusion by quickly thinking of words that start with “k” and with “k” in the third position, and noticing that they can think of more words with that initial “k.” Kahneman and Tversky referred to this strategy as the “availability heuristic” – what comes most easily to mind influences your conclusion.

Although heuristics often yield good results, they sometimes do not. Therefore, Kahneman and Tversky argued that, no, human cognition is not optimal. Indeed, the English language has many more words with “k” in the third position than words starting with “k.”

Suboptimal or the best it can be?

In the 1980s, however, research started appearing in the scientific literature suggesting that human perception and cognition might often be optimal. For instance, several studies found that people combine information from multiple senses – such as vision and hearing, or vision and touch – in a manner that is statistically optimal, despite noise in the sensory signals. 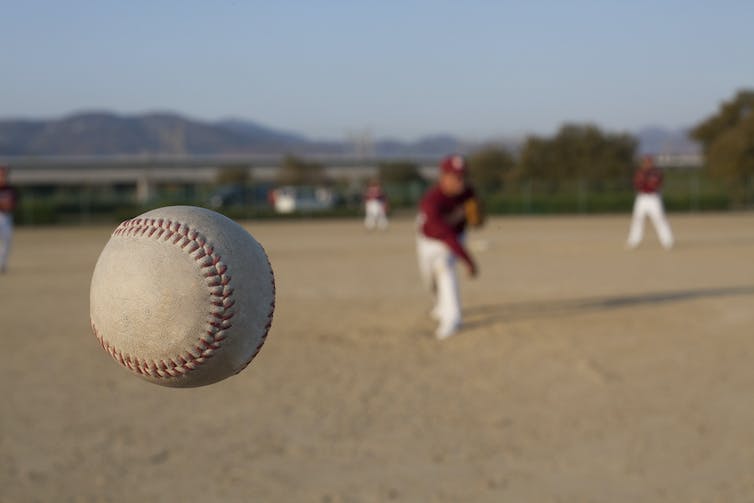 How well can you gauge the speed of this ball coming at you? tdubphoto/Moment via Getty Images

Perhaps most important, research showed that at least some instances of seemingly suboptimal behavior are actually the opposite. For example, it was well known that people sometimes underestimate the speed of a moving object. So scientists hypothesized that human visual motion perception is suboptimal.

But more recent research showed that the statistically optimal sensory interpretation or percept is one that combines visual information about the speed of an object with general knowledge that most objects in the world tend to be stationary or slow moving. Moreover, this optimal interpretation underestimates the speed of an object when visual information is noisy or low quality.

Because the theoretically optimal interpretation and people’s actual interpretation make similar errors in similar circumstances, it may be that these errors are inevitable when visual information is imperfect, and that people are actually perceiving motion speeds as well as they can be perceived.

Scientists found related results when studying human cognition. People often make errors when remembering, reasoning, deciding, planning or acting, especially in situations when information is ambiguous or uncertain. As in the perceptual example on visual speed estimation, the statistically optimal strategy when performing cognitive tasks is to combine information from data, such as things one has observed or experienced, with general knowledge about how the world typically works. Researchers found that the errors made by optimal strategies – inevitable errors due to ambiguity and uncertainty – resemble the errors people really make, suggesting that people may be performing cognitive tasks as well as they can be performed.

Evidence has been mounting that errors are inevitable when perceiving and reasoning with ambiguous inputs and uncertain information. If so, then errors are not necessarily indicators of faulty mental processing. In fact, people’s perceptual and cognitive systems may actually be working quite well.

Your brain, under constraints

Consider a problem whose solution requires you to think simultaneously about many factors. If, because of capacity limits on attention, you cannot think about all factors at once, then you will not be able to think of the optimal solution. But if you think about as many factors as you can hold in your mind at the same time, and if these are the most informative factors for the problem, then you’ll be able to think of a solution that is as good as possible given your limited attention. 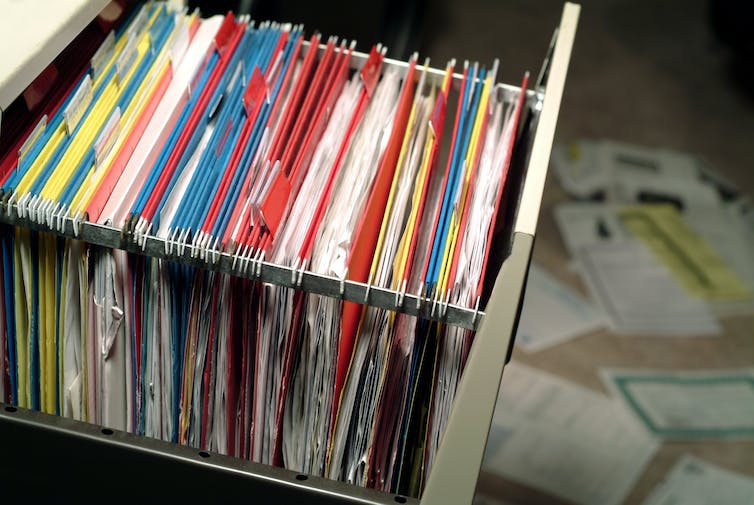 Like a filing cabinet drawer, one human brain has a limit to how much it can store. Stephanie phillips/E+ via Getty Images The limits of memory

This approach, emphasizing “constrained optimality,” is sometimes known as the “resource-rational” approach. My colleagues and I have developed a resource-rational approach to human memory. Our framework thinks of memory as a type of communication channel.

When you place an item in memory, it’s as if you’re sending a message to your future self. However, this channel has limited capacity, and thus it cannot transmit all details of a message. Consequently, a message retrieved from memory at a later time may not be the same as the message placed into memory at the earlier time. That is why memory errors occur.

If your memory store cannot faithfully maintain all details of stored items because of its limited capacity, then it would be wise to make sure that whatever details it can maintain are the important ones. That is, memory should be the best it can be within limited circumstances.

[More than 140,000 readers get one of The Conversation’s informative newsletters. Join the list today.]

Indeed, researchers have found that people tend to remember task-relevant details and to forget task-irrelevant details. In addition, people tend to remember the general gist of an item placed in memory, while forgetting its fine details. When this occurs, people tend to mentally “fill in” the missing details with the most frequent or commonplace properties. In a sense, the use of commonplace properties when details are missing is a type of heuristic – it is a quick-and-dirty strategy that will often work well but sometimes fail.

Why did I recall eating chocolate chip cookies when, in fact, I had eaten oatmeal raisin cookies? Because I remembered the gist of my experience – eating cookies – but I forgot the fine details, and thus filled in these details with the most common properties, namely cookies with chocolate chips. In other words, this error demonstrates that my memory is working as well as possible under its constraints. And that’s a good thing.

This article comes from the Internet and does not representwhats my zodiak signPosition, please indicate the source for reprinting：http://www.myaroo.com/05/520.html
2like
Label:pisces career horoscope

A pandemic of armchair experts: how we decide who and what tobelieveoct 7 zodiac sign